Contact us today to learn more about our attorneys and how we can provide you with experienced legal services in Salisbury. 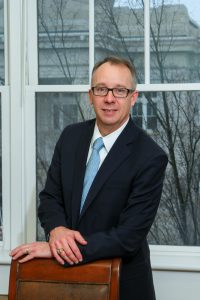 Earle Koontz is a native of Rowan County, graduating from North Rowan High School in 1989.  He earned his undergraduate degree (B.A.) from the University of North Carolina – Chapel Hill in 1993, and law degree (J.D.) from Campbell University in 1999.  Mr. Koontz additionally received his Master’s in law degree (LL.M.) from the University of Aberdeen in Scotland. Mr. Koontz has practiced law in Salisbury since 1999.  His primary practice areas include Social Security disability benefits representation from application to all levels of appeals, veteran’s service-connected and pension benefits, and real estate law, including title searches and document preparation, as well as purchase and loan closings.  Mr. Koontz is a member in good standing with the North Carolina State Bar, and is admitted to practice in federal court in the Middle District of North Carolina.  He is the past president of both the Rowan County State Bar chapter and the Rowan County Bar Association. Mr. Koontz lives in Salisbury with his wife and two sons. 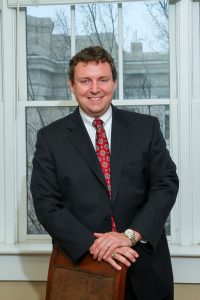 Peter C. Smith grew up in Mooresville, North Carolina, where he graduated from Mooresville High School in 2000 and was an all-district drummer and all-conference tennis player.  He earned his undergraduate degree from the University of North Carolina at Chapel Hill in 2004 with a double major in Economics and Political Science (B.A.).  At Carolina, he was a drummer with the UNC marching band and pep band, and was a three-time intramural tennis champion.  Mr. Smith earned his law degree from Campbell University’s Norman Adrian Wiggins School of Law in 2007 (J.D.).  While in law school, he completed Campbell’s Advanced Trial Advocacy Program, was a member of the negotiation team, and was a staff writer for the Campbell Law Observer. Mr. Smith joined this law firm in 2007.  He began practicing in workers’ compensation and started learning from his senior partner, the late James “Jim” Corriher, the art and science to working negligence cases against insurance companies, such as car accidents and wrongful death.  Now, Mr. Smith’s primarily focus is on personal injury claims, car accidents, wrongful death, insurance claims, civil litigation, and workers’ compensation. Mr. Smith is a past-president of the Rowan County 19-C (Rowan County) District to the NC State Bar, a member in good standing with the NC State Bar, and a member of the NC Bar Association and NC Advocates for Justice.  Mr. Smith is a member at First United Methodist Church in Salisbury and continues to be involved with tennis and music.  He is married to the former Tina Eagle and they have three children, a daughter and two sons. 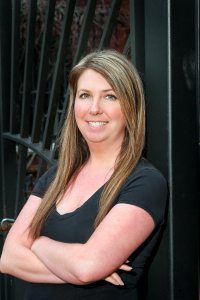 Heather grew up in Kannapolis, North Carolina and after high school attended Central Piedmont Community College, where she graduated with an applied science Associate’s degree in paralegal technology. Heather began working at Koontz & Smith as an intern during school and has been a full-time employee since she graduated in 2012. Heather focuses on assisting Mr. Smith with personal injury, workers’ compensation, and any other insurance claims. 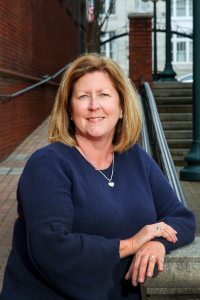 Teresa grew up in Rowan County, North Carolina and after high school attended the University of North Carolina at Chapel Hill, where she graduated with a Bachelor’s degree in Industrial Relations and a minor in sociology. Teresa has over 25 years of experience working in the legal field. She focuses on assisting Mr. Koontz with social security disability claims, veterans’ benefits, and real estate.